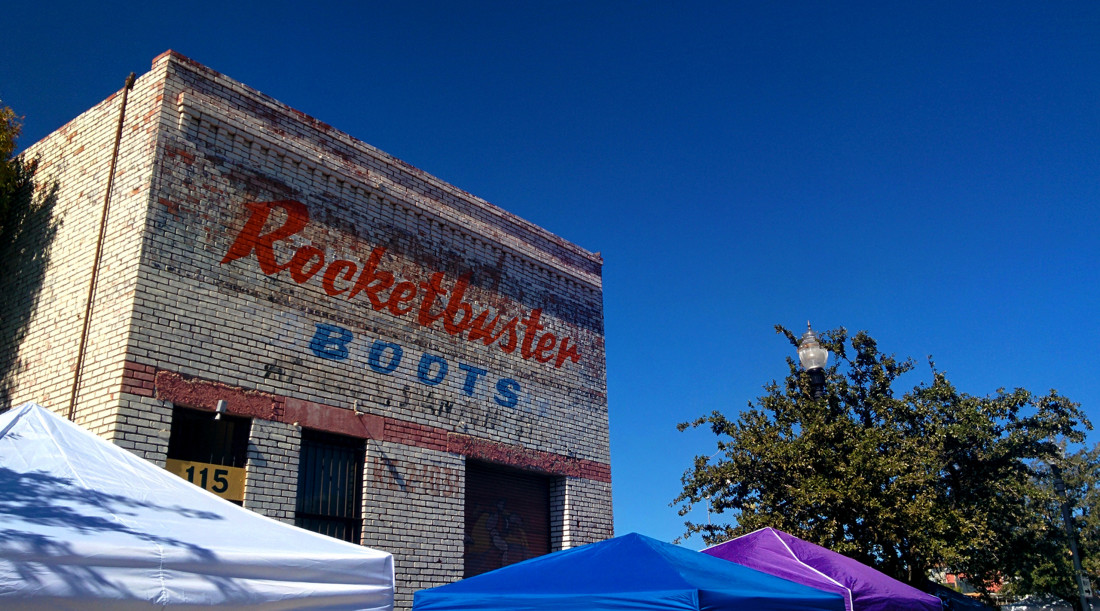 After a week in Marfa – and an epic day in Big Bend – we continued on to our final stop in Texas:  El Paso.  A mere 850 miles from the eastern edge of the state, El Paso is on the border with both New Mexico and Regular Mexico, and it’s a pretty big city.  Driving in from Marfa, a town with a population of 2,000, the change was jarring – like returning to civilization after living in the desert (which is accurate).  We also went from sleepy, empty highways to a busier world, with much narrower lanes.

Luckily, we managed to avoid slamming our 12,000 pound house into anybody or anything, and soon enough, we made it to our home for almost all of November:  Jake’s mom’s house.  Basically, we parked our RV there while borrowing her electricity, sweet sweet Internet, and power tools.  We have since learned that the RV term of art for this type of visit is “moochdocking,” and we moochdocked to full effect.  Along the way, we made some upgrades, met some great people, and really got to know the layout of Home Depot.

Apart from visiting Jake’s mom (whom we will call Ginny from here on out to make things a little easier), our main goal in El Paso was to make a few small DIY modifications to our RV.  One quick week, we thought, which stretched into 10 days… then two weeks… and then three.  We won’t rehash all the upgrades we made, since you can check out our blog post on the renovations for pictures and the blow-by-blow.  Suffice it to say that we made a lot of trips to Home Depot and Lowe’s (so many trips!), ordered a lot of things from Amazon (so many things!), and took over all of the unused space in Ginny’s house (we are so messy!).

It was even worse than you might think, actually, since Ginny has been graciously storing all of our “old life” stuff in boxes in her garage.  We started ripping those boxes open on the very first day we got to El Paso, but didn’t exactly get around to cleaning them back up until the end.

It was basically this Simpsons gif:

Aside from our daily work on the RV, our biggest activity in El Paso involved art.  We went to multiple galleries, including shows featuring impressive work by Ginny, her friend Karla (already wisely following Nothing Mundane), and the talented and unusually-named Random.  We saw was some really great work, and Heather even got to contribute a cool little painting of her own. 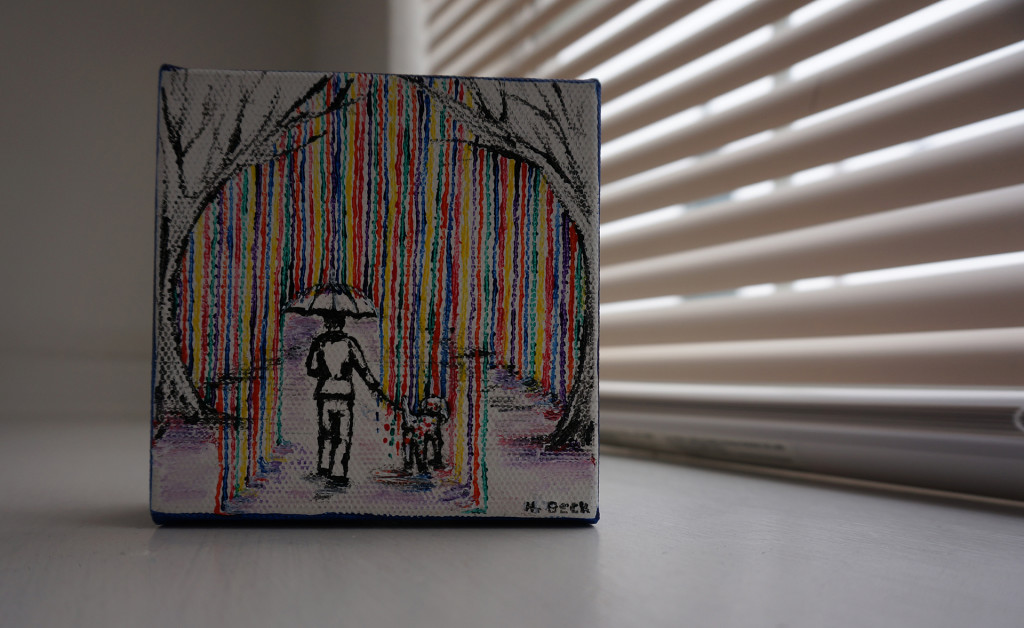 The best part of these shows was not just the pieces, however, but the extremely friendly people.  We’ve been to a lot of very friendly places on this trip, but El Paso might have been the friendliest of all.  Everywhere we went, we were treated fantastically well – not just with the sometimes sharp-elbowed politeness of the South, but real, genuine niceness.  In fact, at every gallery we went to, we were invited by total strangers to numerous other events, including parties, shows, and even an artistic hairstyling gallery event (!) which we were sadly unable to attend.

Separate and apart from the visual feast described above, we undertook a lot of actual feasting in El Paso.   We had great BBQ at the State Line restaurant (on the border between Texas and New Mexico), including bread with honey butter we are drooling about as we write this post.  We grabbed gorditas from the Little Diner, an amazing local hole-in-the-wall (“Make Gorditas, not war!”).  And Jake had an incredible burger from a local restaurant, Angry Owl, which came with tongue-melting ghost pepper cheese.  Ghost peppers, if you don’t know, were once the hottest peppers in the world, and rate at over 1,000,000 SHUs (400x higher than Tabasco sauce).  “A delicious mistake,” he said, through his tears.

Of course, we also had lots of great homemade meals, since Ginny is an excellent cook, including an unnecessary but oh-so-necessary amount of bacon for breakfast, lunch, and/or dinner.  Mmm, bacon.  And to top our stay off, we were treated to an awesome Thanksgiving meal every bit as good as it looks. 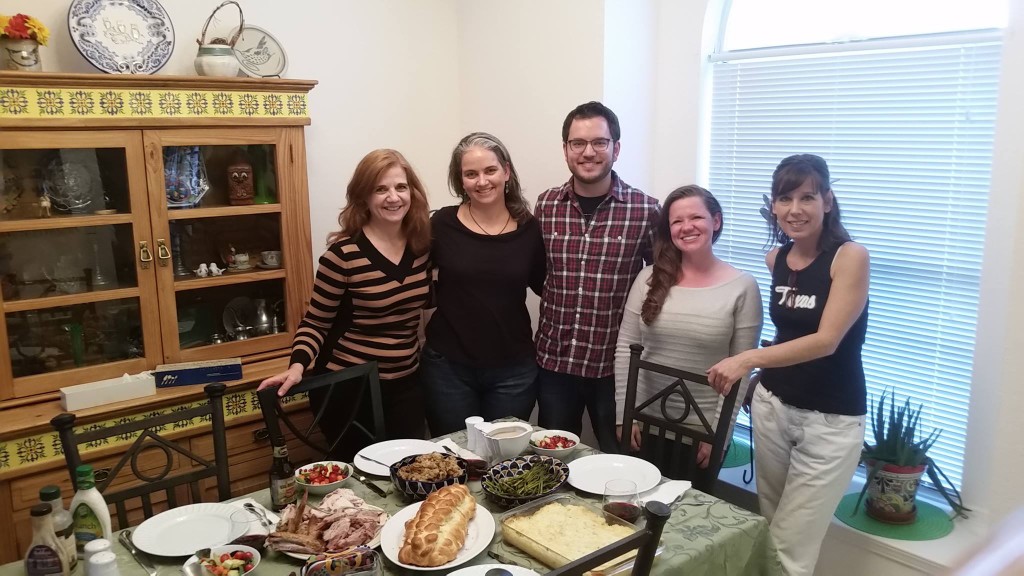 There was lots more than food and art, of course.  Unfortunately, we didn’t get a chance to do much hiking, but we did enjoy wandering around downtown El Paso and taking pictures of some of the local landmarks.  (Ginny has many more.)

We got to play with the “DIGIE-wall,” which is a wall composed of large outdoor touchscreens that displays information about El Paso.   The digie-wall was pretty cool; you can swipe around to see the geography of the city, check out local attractions and historical information, and take washed-out photos of your group.  Mostly, we were impressed by the moxie of the local business that somehow uploaded billboards for itself into nearly every corner of (virtual) El Paso. 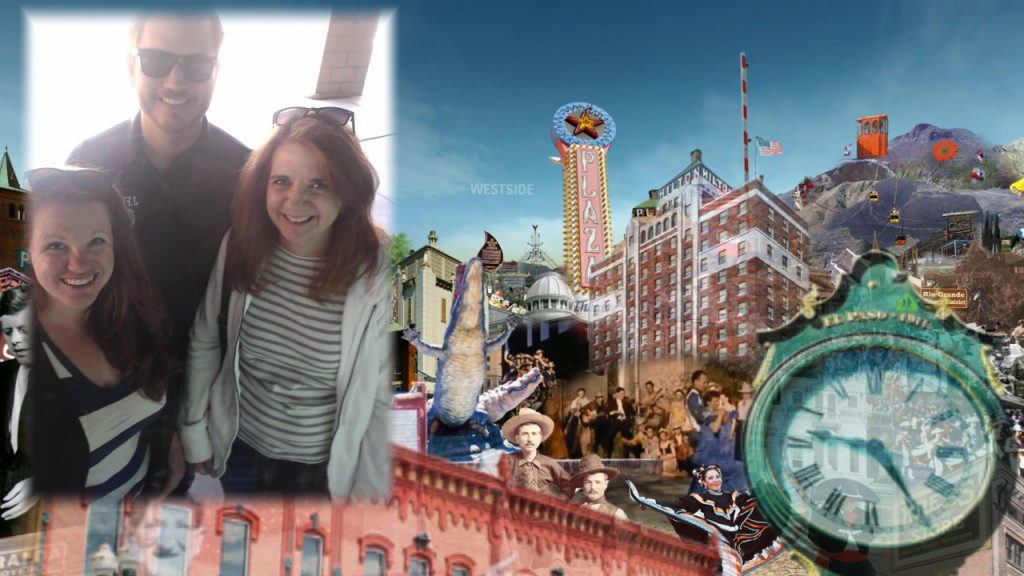 What else… We tried an Escape Room, which we failed pretty spectacularly.  Oh, and you know how we mentioned digging into our boxes on our first day there?  Well, it was Halloween, and since Jake had an old costume in storage, he decided to dig it out… 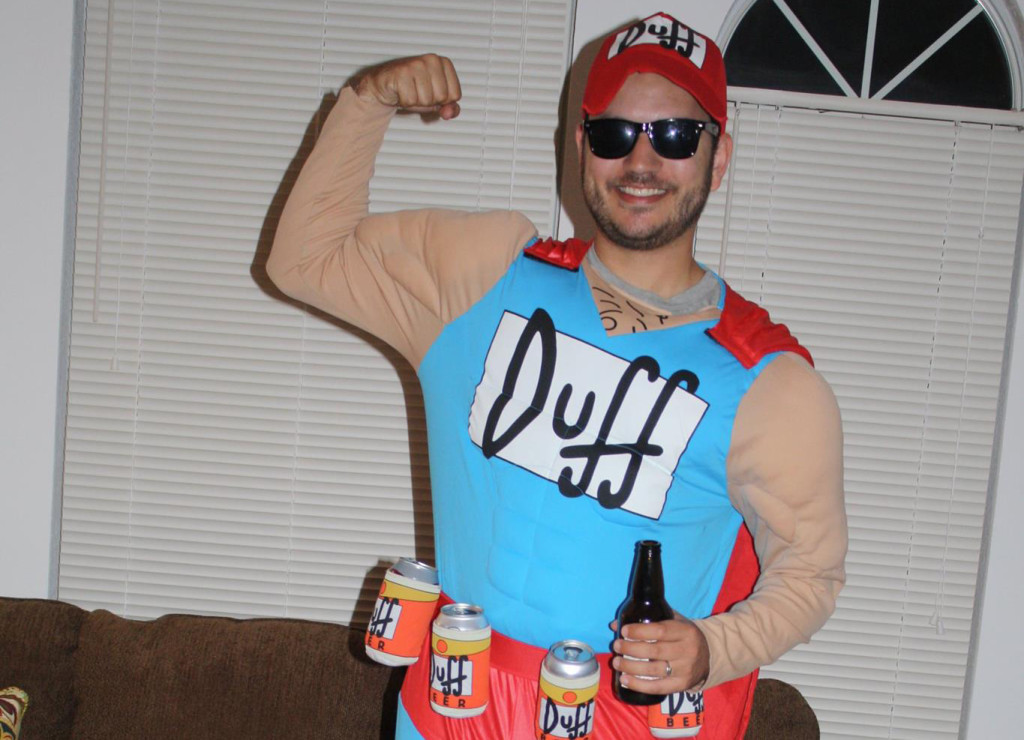 What’s now:  We just finished a week in Pinnacles National Park and Monterey, California, including a harrowing three days without Internet.  Technically, we survived.