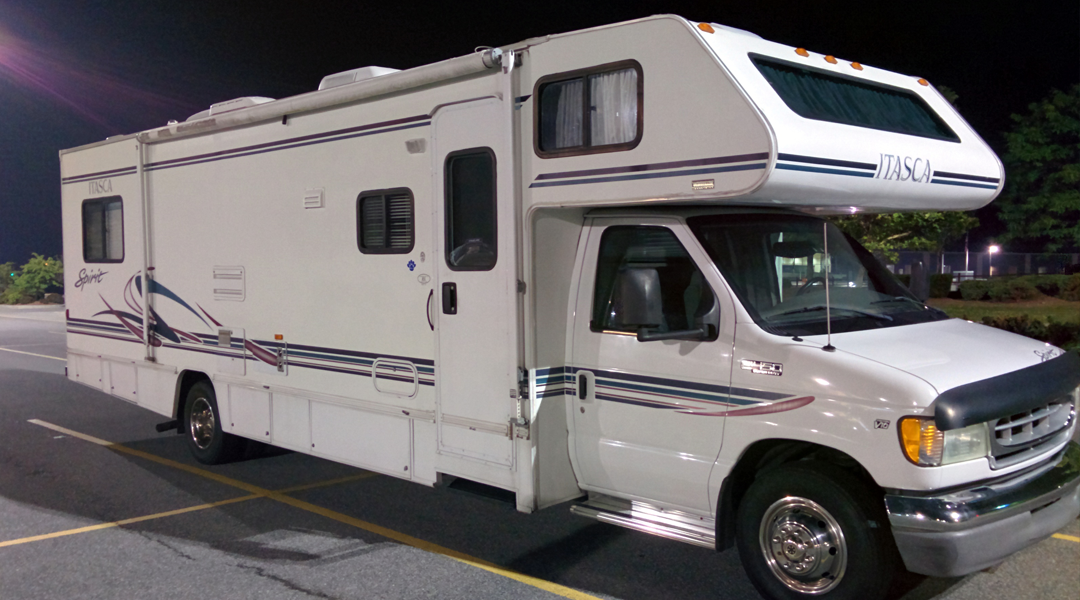 Hey everyone!  We’re officially at the 1 week, 4 day mark of our journey (we left officially on Tuesday, June 30), and wanted to catch everyone up on “the haps.”

So far, it’s been busy, but exciting.  Most of our first week was spent staying only 1-2 nights in each location, which was too quick.  Turns out we brought way too much stuff with us, and it all needs to be stowed (semi) safely before we drive the RV around.  Plus, driving a thirty-one foot motorhome through small towns in upstate New York filled with crazy drivers and sharp turns has not been, umm, relaxing.

So, we’ve modified our approach.  We spent this whole week in one place:  Ithaca, New York, where we lived for three years (an increasingly-embarrassingly time ago) and also got married (same).  Of course, for variety’s sake and because we failed to plan ahead, we have had to change our campsite three times this week.  Here’s how we got here:

Day 1:  Frantically move everything into RV with help from Jake’s mother.  Sleep in a Wal-Mart parking lot and buy some sketchy Wal-Mart groceries – including an avocado which, 11 days later, has not apparently ripened in any way.  Horrifying, yet intriguing.

Day 2-3:  Stay at a resort-y type RV park which is painfully expensive but does have availability on extremely short notice.  Experience culture shock when RV park residents engage us in a way that would be completely inappropriate in Manhattan, for example by saying “Hi.”  Crazy!

Side note:  there were SO MANY people just sitting in chairs outside here.  Not talking.  Just sitting, and staring.  (And judging.)

Day 4:  Stay overnight at our friend Joanna’s parents’ house in Red Hook, New York.  They were wonderfully hospitable and Joanna and her brother, Andy, took us on a tour of the area that included some gardens at Bard College, a diner, and Cards Against Humanity – a five star evening.  Thanks Longcores!

Day 5 (July 4th):  Hang out with the Longcores a bit little longer, see Jurassic World (verdict:  “enh+”), stay overnight at another Wal-Mart, and get excited because we totally nailed the parking.  (Our RV juuuust fits in a pull-through parking spot with about a 1 inch margin on every side – see image above.)

Then, realize around 1 a.m. that the nearby fireworks stand in said parking lot is not actually planning to close that night.  Further realize that teenagers are apparently tailgating the fireworks stand, and that their version of tailgating involves only yelling and revving their engines as loudly / often as possible.

Day 6:  Drive to Ithaca, stay at a commercial RV park.  Along the way, stop to see an old friend in Binghamton, and his new friend. 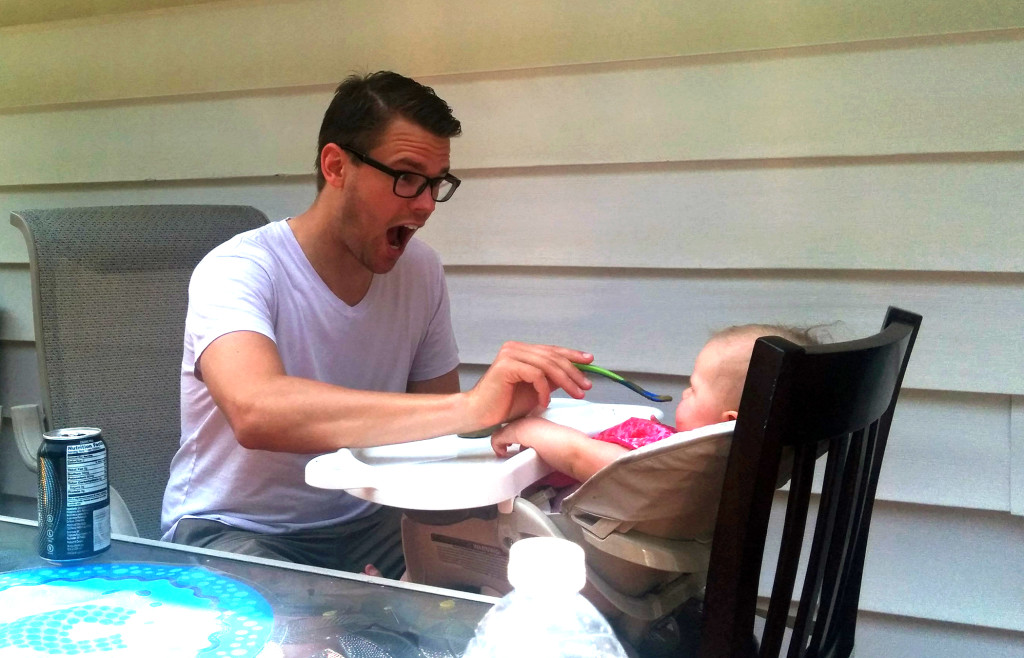 Since then, we’ve been staying in Ithaca, mostly at Taughannock Falls, a state park near Ithaca with a beautiful waterfall and two nice hiking trails.  This post is too long already, but we’ll update again soon with some pictures from Week 2.